Blue Creek Cabin was originally located in Humphreys County, Tennessee near the town of Waverly. The late 1800’s cabin was moved from the Wes Simpson farm across Blue Creek (hence the name) to Chambers Hollow in the early 1920’s. It was home to Jess and Sally Edwards, and their six children. Two of those children lived in the cabin until 1973. Even until the end of its inhabitance, the cabin had no running water. The residents had to carry water from a spring about ¼ mile away. The cabin was purchased by Odell and Margaret Nichols in 1973. They envisioned restoring it at some time, but those plans never materialized.

Mark and Lee Ann Brewer (that’s us) discovered the structure in 1998. Being young and full of ideas (mixed with some stupidity), we purchased the cabin. We took the structure apart log by log and stone by stone, and moved it to Oxford, MS some 175 miles away.
The building was reassembled, and opened in September 1998 as an antique shop. 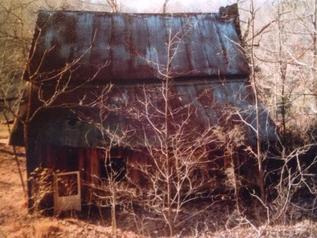 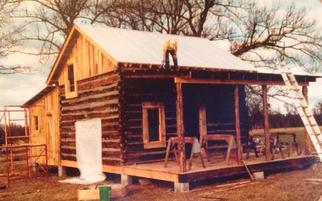 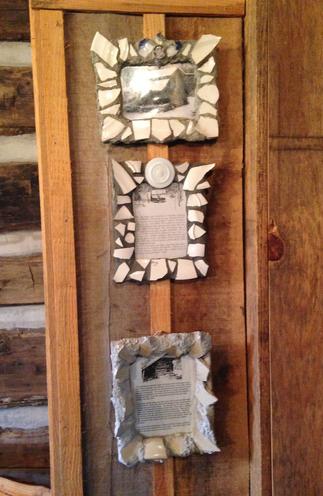 In 2003, we closed the antique store, and renovated the cabin to its present glory. We have many fond memories from time spent at the cabin. We hope you will visit us, and create memories of your own.